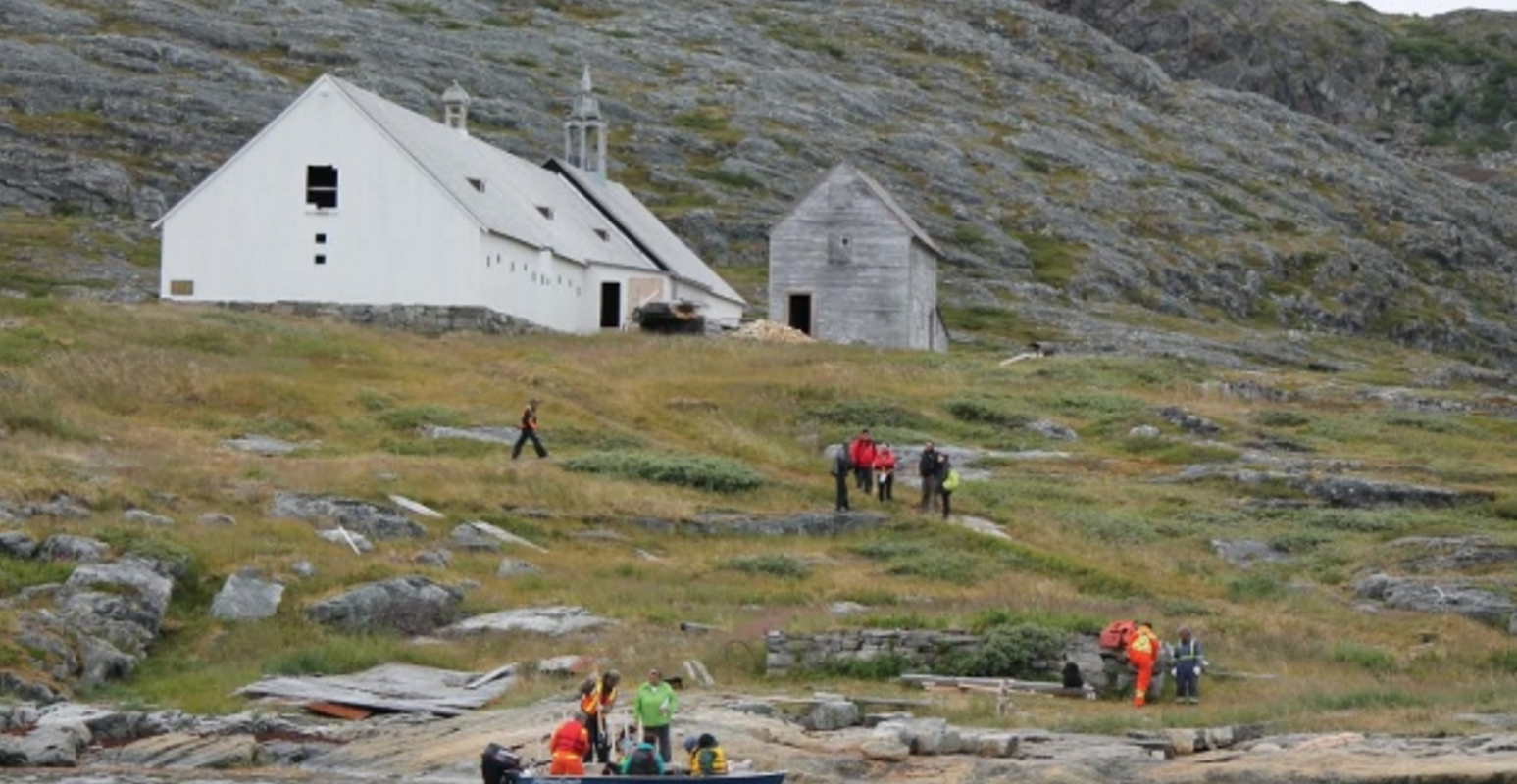 A painstaking church restoration continues in the abandoned northern Labrador community of Hebron.

For the last seven years, a team of people have been working on the nearly 200-year old former Moravian church, as part of the Nunatsiavut government restoration program.

The Hebron Mission, which dates back to 1831, is a National Historic Site.

Jillian Larkham, who works on the project, told CBC Radio’s On the Gothat it’s fascinating how the restoration has become a tourist draw.

“And the view and stuff around Hebron is beautiful. There’s no trees around, so the church building really stands out from far away.”

Gus Semigak was born in Hebron, and was three years old when the community was relocated. Semigak is the restoration project’s heritage carpenter. (Jillian Larkham)

Larkham said tourists have been arriving in cruise ships, sailboats and helicopters.