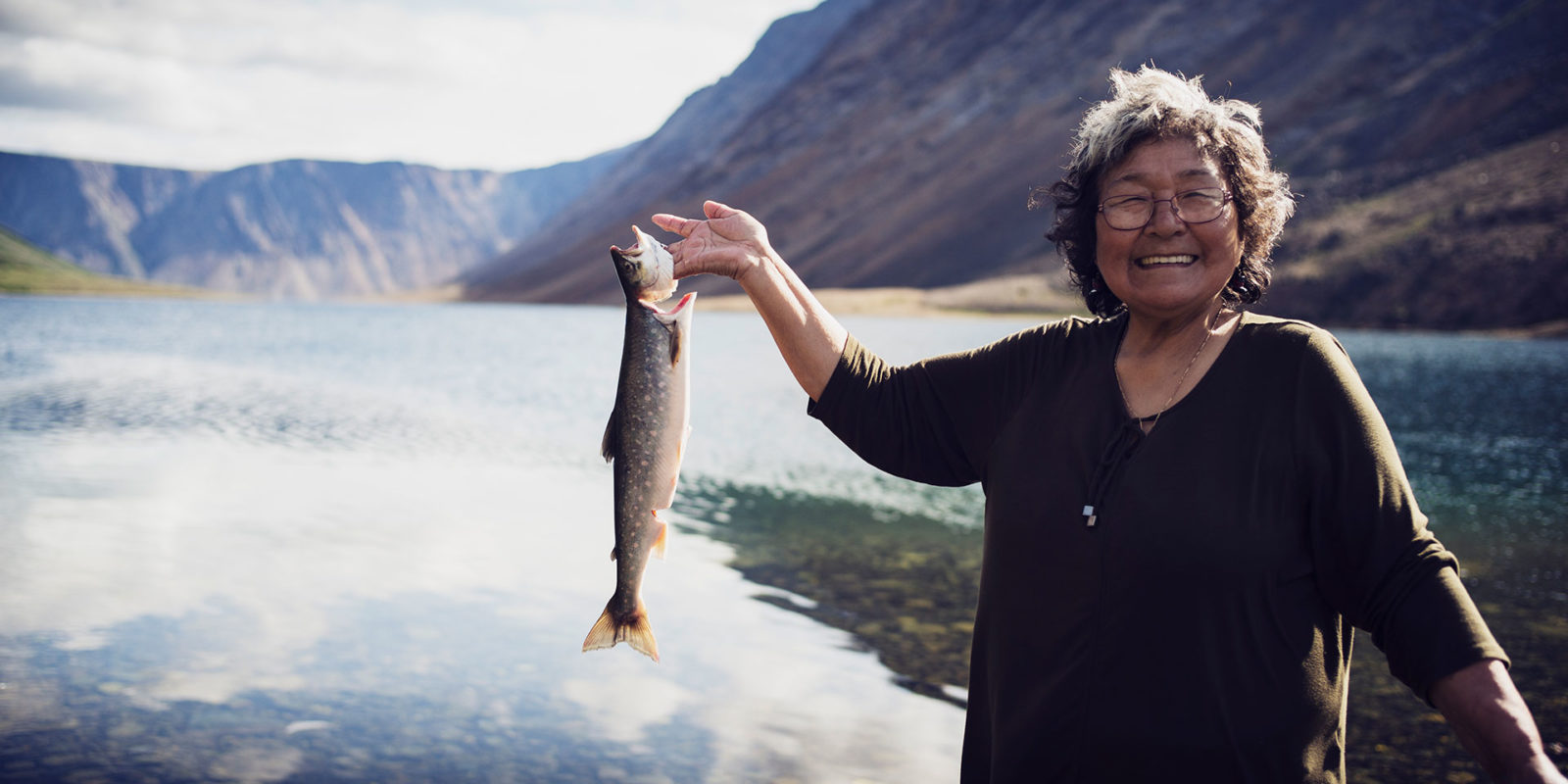 How do you describe the indescribable?

How do you describe the indescribable? I know it’s clichéd, but words or pictures really can’t do the Torngat Mountains National Park justice. You have to see it, and the meet the people, for yourself. To feel the immensity of the landscape and its rich history.

For many visitors, that means going on a pricey tour, or in my case, being lucky enough to visit the area during a media week. The national park is celebrating its 10th anniversary this year.

We stayed at the Torngat Mountains base camp, which is the gateway into the national park. The camp is surrounded by a 10,000-volt electric fence to keep wildlife out. Big bears, not afraid of humans, roam the rocky tundra. Polar bears are at the top of the food chain.

At night, the sky is lit up by dazzling northern lights. A travel writer, taking part in media week, mused that the base camp switched them on for guests.

The Torngat Mountains are the ancestral lands of the Labrador Inuit. Maria Merkuratsuk who grew up on the land outside of Nain has strong ties here. We’d travelled to North Arm by boat, a trip that takes you through a spectacular fjord with ancient mountains rising up to more than 3,000 feet above you, to a place where Arctic char is plentiful.

The Torngats really are a special place. It feels good to only leave footprints behind.– John Gaudi

Working as a bear guard, and with a rifle at the ready,  Merkuratsuk tells me about her mother growing up in nearby Nachvak Brook trapping animals like foxes.  Merkuratsuk says she feels at home, and at peace, in the Torngats. She wants her grandchildren to know this place, too.

We see sail boats moored off of Big Island. Parks Canada staff, and armed Inuit bear guards, set out in a zodiac to check in with them.

Funny what an approaching boat, full of guys with guns, looks like. But no pirate attack here. The boaters were invited onto the island.

Parks Canada’s Gary Baikie took a group out to explore Big Island, walking in single file so as not to disturb archaeological sites. He explains a circular Inuit tent ring we see could be 2,000 years old. Archaeological sites in Saglek Bay span more than 5,000.

There are many stories to tell. Jenny and Joseph Merkuratsuk are the care-takers of Hebron, a Moravian Mission that dates back to the 1830s. The province relocated the community in 1959, a move Inuit elders still have a difficult time talking about.

Read the full article on CBC