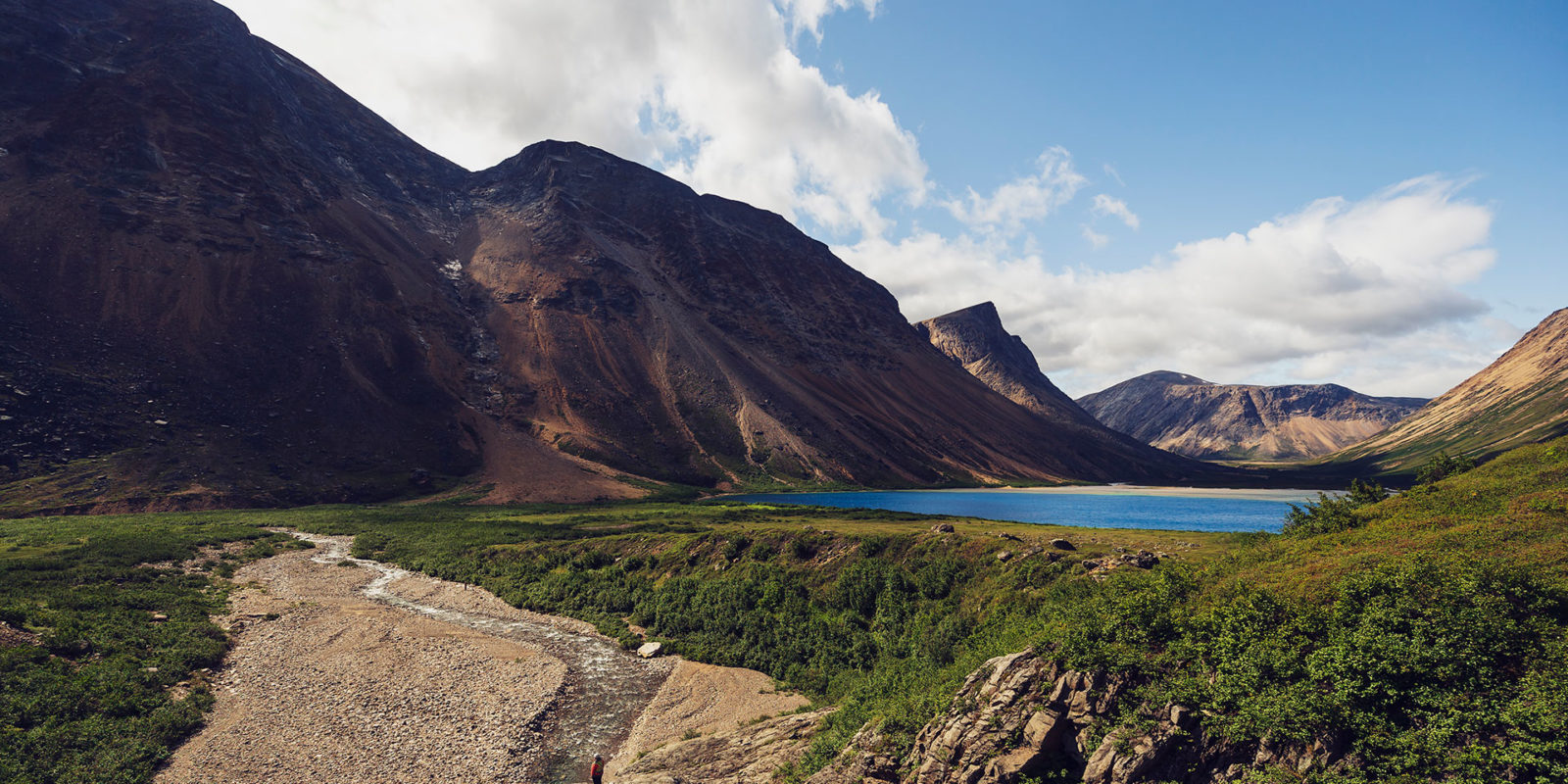 The Canadian Rockies? Check. The Arctic? Check. But what about Torngat Mountains National Park? If you haven’t crossed this epic destination off your bucket list, it’s time to plan a trip. This dramatic, otherworldly landscape of sweeping peaks and valleys in Newfoundland and Labrador named for the Inuktitut “Tongait” or “place of the spirits” is remote with a capital R, which is why most travelers never make it there. Here’s why you should.

What all the fuss is about

It’s hard to describe the Torngats without gushing. It’s simply superlative. It’s a place of unusual geology created by some of the world’s oldest rocks. Towering glacier-carved mountains in hues of peach, green, and gray rise up dramatically from river-cut valleys and fjords far below like a cinematographer’s flipside take on Mordor. The place feels brooding, uplifting, and spiritual at the same time. Not surprisingly, it was once the stomping grounds of Inuit shamans. Go to get way out there and experience nature at her most unspoiled; for solitude, rugged adventure, to meet the Aboriginals who live there, and to see creatures like polar bears, whales, and caribou in their pristine natural environment.

How to get there

The Torngat Mountains are remote and there are no roads — that’s the draw. The park is 3,645 square miles of wilderness on untamed northern Labrador’s Atlantic coast. It’s a long journey because you have to fly through Labrador, either Goose Bay or Nain, from St. John’s, Newfoundland or Montreal, Quebec. From there, it’s a charter flight, then a 40-minute boat ride to the park’s base camp. It’s just all part of the experience.

On your way in, stop in rowdy St. John’s and an outport fishing community to get to know “the Rock,” a poetic landscape that’s unpretentious and authentically captivating along with the irreverent, musical, and proudly salt-of-the-Earth folks. The guys at CapeRace Adventures can hook you up with the neighbors and a kitchen party or two.